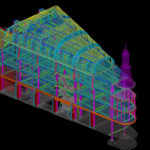 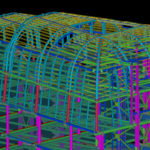 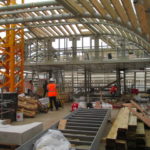 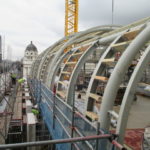 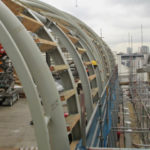 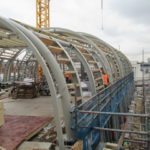 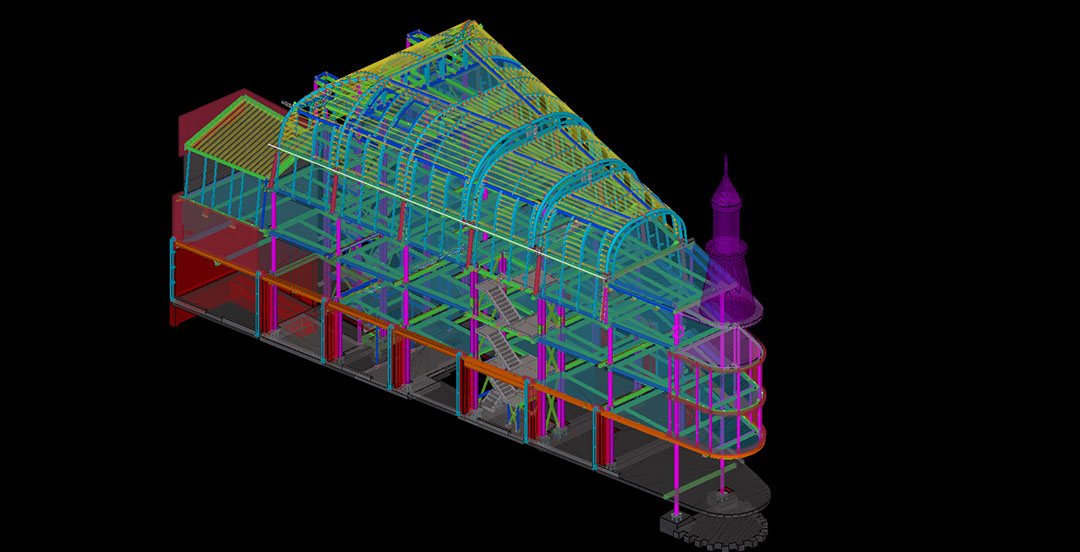 This project involved the refurbishment and extension of the Grade II listed building to create new retail space, restaurant and office development.  The building, known as the Lighthouse due to its unusual corner tower, is situated near London’s Kings Cross and St Pancras stations.  The building was ‘Commended’ in the Structural Heritage section of the 2016 Institute of Structural Engineers awards.  Due to the extreme complexity, Hillcrest entered the Tekla steel model into numerous competitions.

Hillcrest were contracted to fabricate and install new steelwork to create floors within the existing building, which was situated just metres away from the Kings Cross underground tunnels.  Motion sensors were used by the Main Contractor, Balfour Beatty, to keep this under control.

As the primary wall and façade were listed, the steelwork was threaded in and around the existing fabric of the building.  The feature curved elliptical roof was very challenging in both fabrication and on-site set out. This provided a stand out architectural feature for the project.  Hillcrest also installed the metal decking, associated stud welding and designed/fabricated the steel framed staircases

Menu
We use cookies to ensure that we give you the best experience on our website. If you continue to use this site we will assume that you are happy with it.Ok, thank you