Connor recently finished runner up on the National U21 Premier Junior Tour, which he was selected by England to play in the U18 and U21 European Amateur Championships. After qualifying through the groups at U18 Connor had an amazing run to the semi-finals which included beating World Amateur runner up Lulian Bioko. Unfortunately, in the semis Connor lost to fellow England International Sean Maddocks. Connor was then presented with a 3rd place bronze medal. In the U21 Connor qualified through his group but unfortunately lost in the last 32.

Connor has been assured that the National U18 last 16 finals day will be going ahead, however duet to current unfortunate circumstances we are still awaiting confirmation for a date. 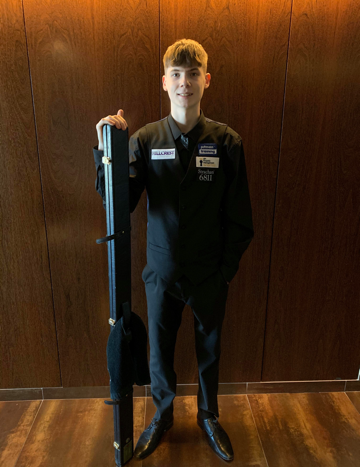 Menu
We use cookies to ensure that we give you the best experience on our website. If you continue to use this site we will assume that you are happy with it.Ok, thank you